Since last week has been called the worst week since 2008, I thought I would compare the charts from the two.

The first comparison is between the two weeks with the bars on each scaled to match SPX point moves (not percentage). 2008 is on the left, 2020 on the right: 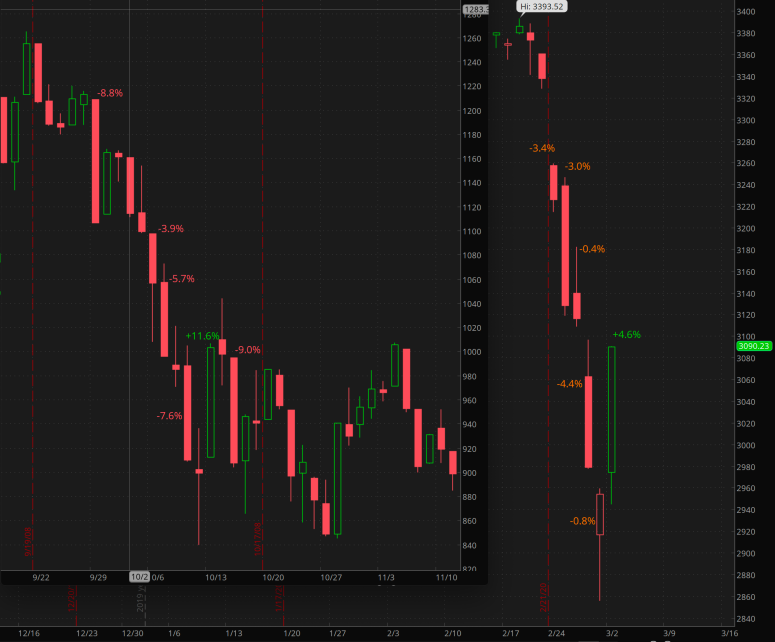 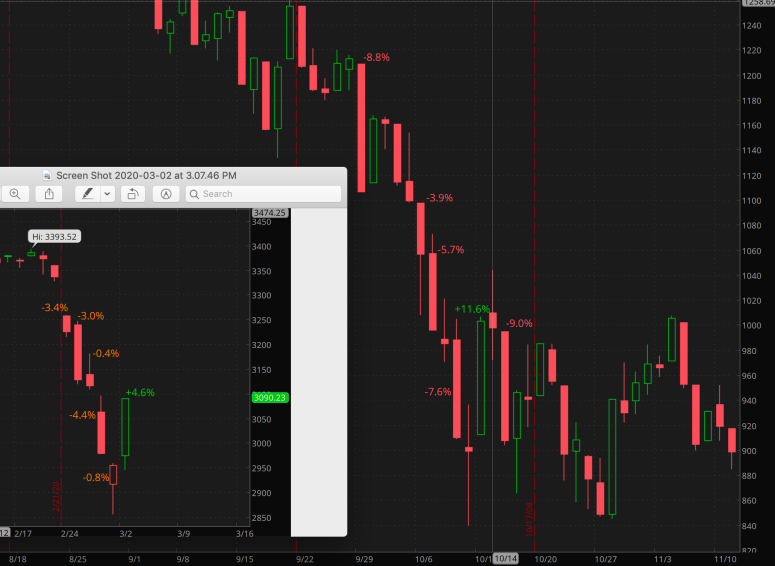 As you can see, the moves in 2008 were bigger on a percentage basis, while last week was bigger on a point basis.

In 2008, the first huge up day was nowhere near the bottom, which didn’t happen for another five months.

#CoveredCalls – One small roll still playing with the super short term expirations. Picking up 1.35 of upside for two more days.

VIX is down 8, but /VX is unchanged.
Is that because of the backwardation?

With this thing now back out of the money but showing strength, I rolled 3/20 186 calls out to 4/17 200 calls @ 4.90 credit. Buys me some breathing room (another 14 points out of the money plus the premium) but the way this thing moves I think I’m going to need a multi-day rally in oil to get an acceptable score on the dismount.

A Downside Warning went into effect on February 24th.

Tuesday’s levels to watch: further Downside Warnings would take effect with closes at 56.55 and 80.28. The Warning would be canceled with a close at 28.80 or lower.  Click here for more info on the VIX Indicator. 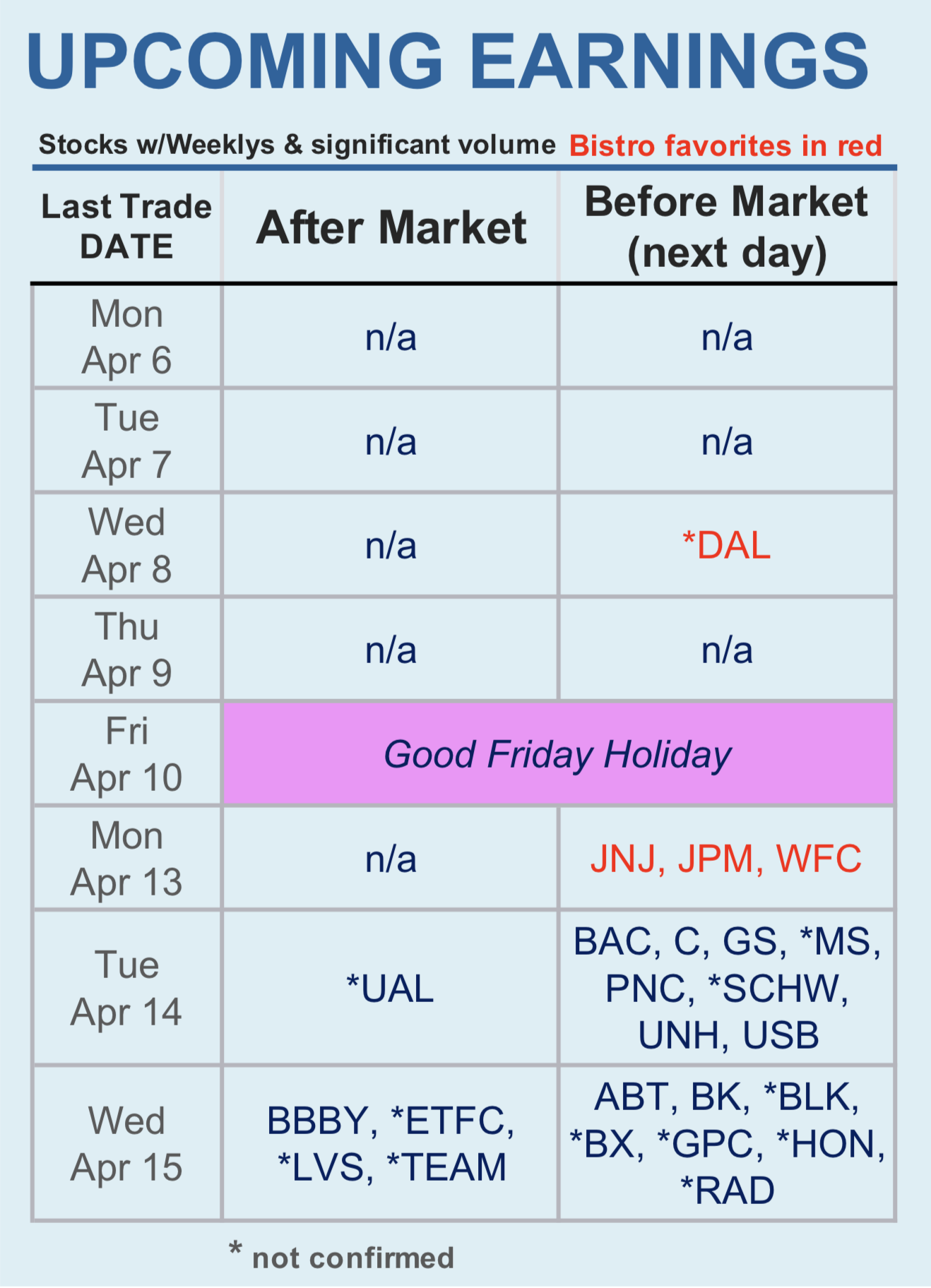